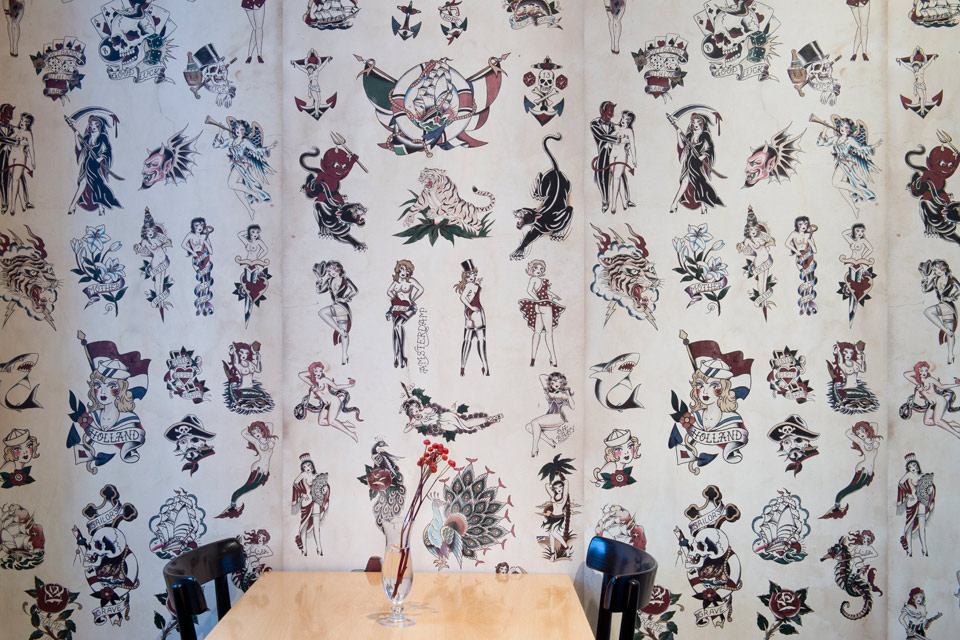 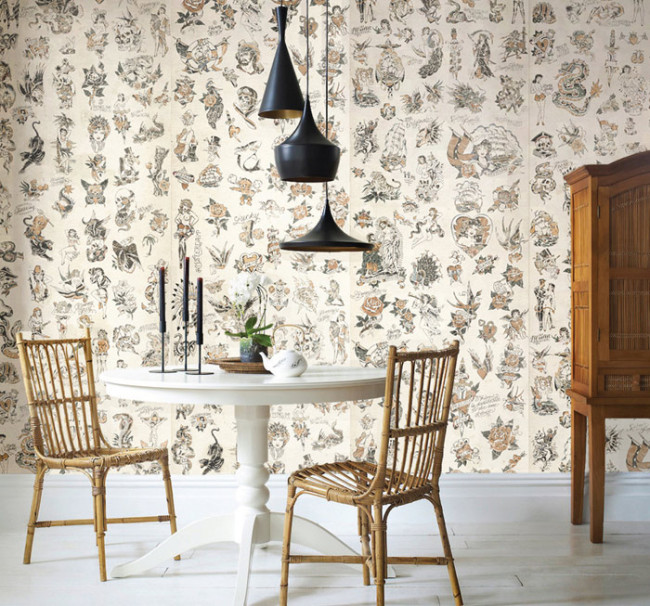 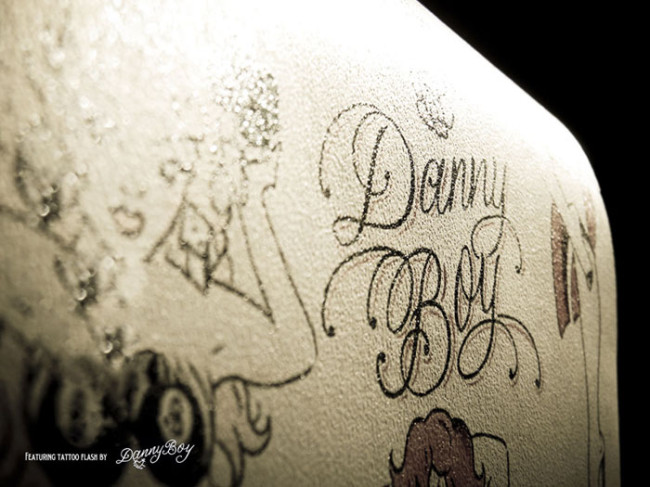 Amsterdam-based design studio Cookie Brothers collaborated with tattooer Danny Boy a.k.a. Daniel O. Sawyer for this wall decoration. It already got its first official use at the Grand Café of the Museum of Applied Arts and Design in Winterthur, Switzerland, that holds an exhibition on tattooing from September 2013 to June 2014.
It’s the first wallpaper of this kind that I’ve seen, the reason why I put it up here. But I think it could have done without these many naked, objectified women and the recurrent national references to the Netherlands (“Amsterdam,” “Holland”). Feels like an unhealthy combination.