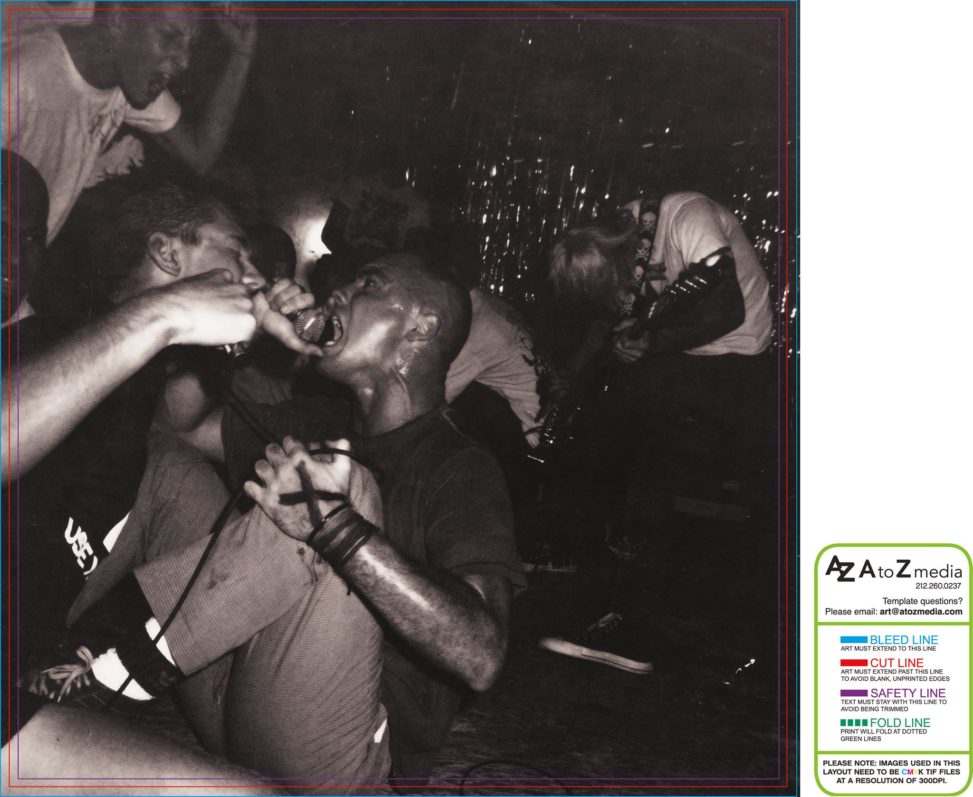 I was desperately looking for this photo about 3 years ago.

Now it came to light with the reissue of Uniform Choice’s Screaming For Change on Southern Lord Recordings end of 2016 — 30 years after the record got first pressed.
Actually, this is the photo Gavin Oglesby used as a template for drawing the cover of the album in 1986.

As a reminder: the photo was too dark to be printed, so Oglesby was asked to paint it while also making everyone look more straight edge hardcore;
that is in “shaving” of the hair of the person that is right next to Pat Dubar, the singer.
But there is more to the reissue apart from the addition of a nice photo booklet and changing the green-black color combination of the typo to yellow-black. 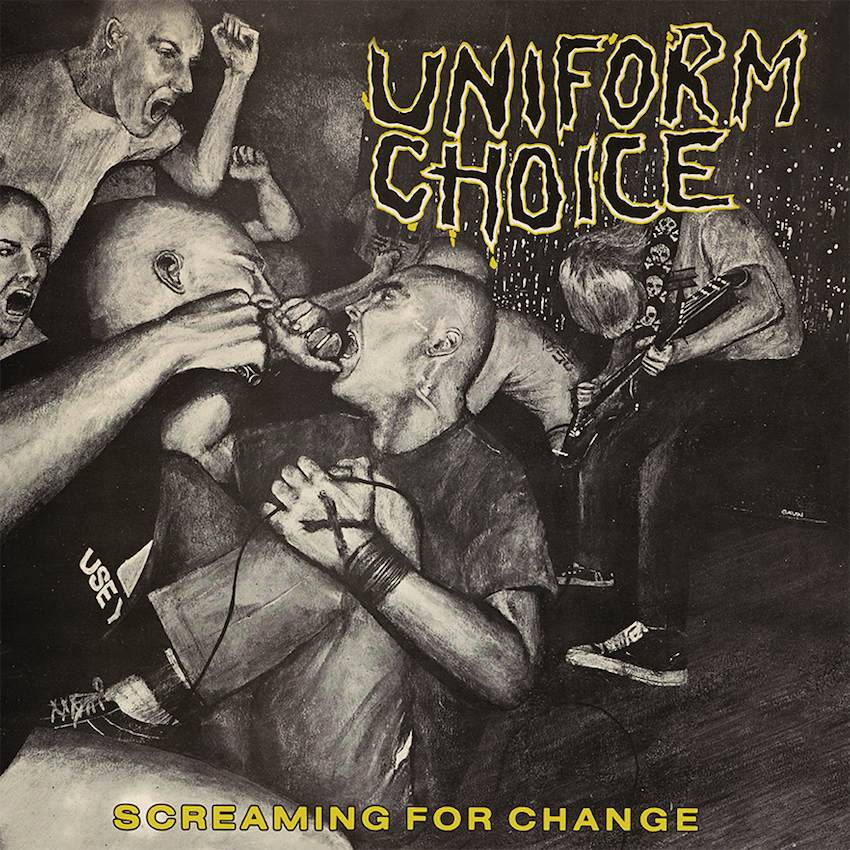