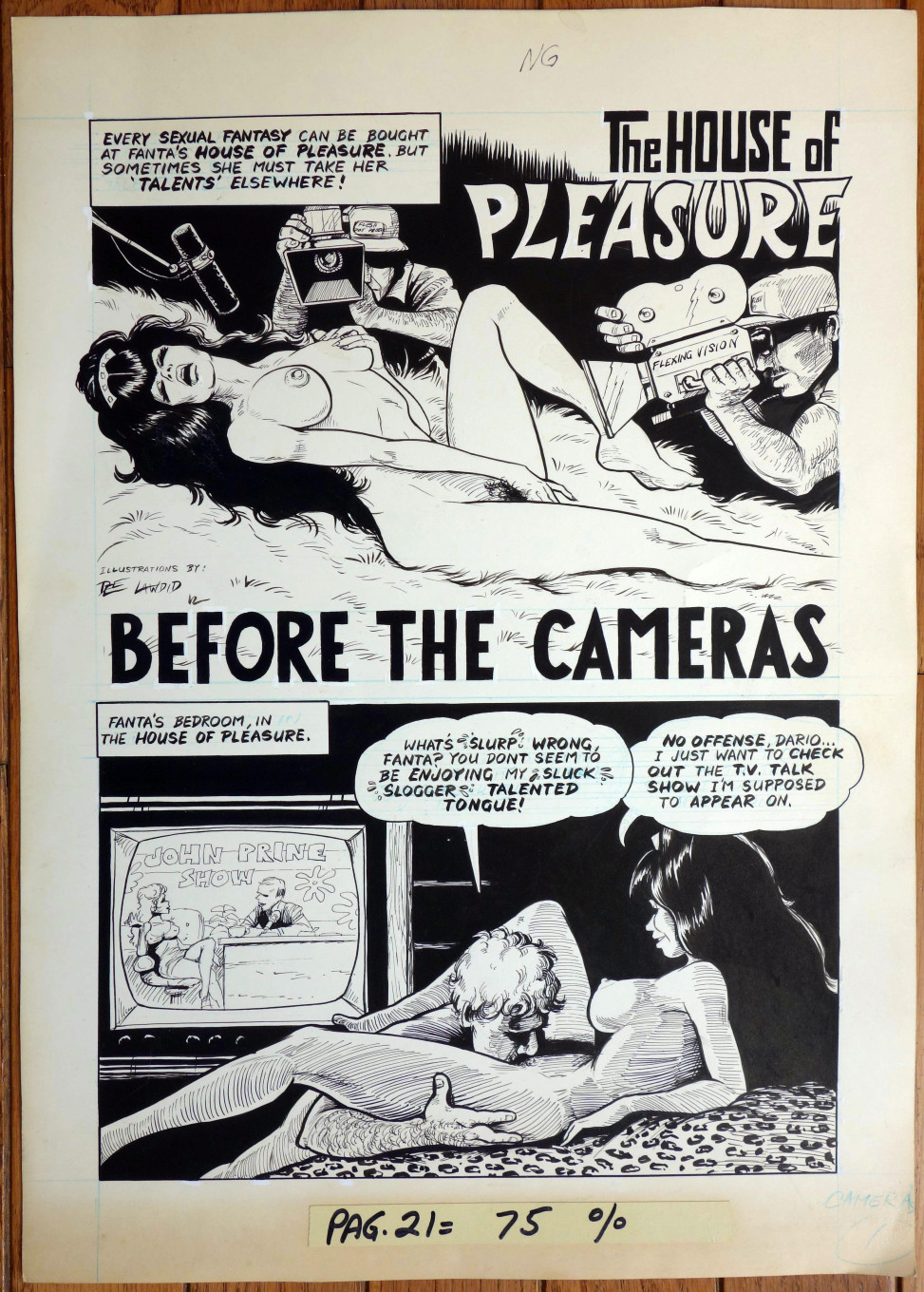 “I never thought the rest of the world was looking,” Shawn Kerri told Grushkin in their interview in 1987. Actually, she had never imagined that her cartoons might become known to people outside her circle of friends and the LA hardcore scene. And now her flyers circulate worldwide online. But still some of her work – as already mentioned before – is extremely hard to come by. This is especially true for the adult comic strips she did for men magazines under the pen name Dee Lawdid. Even if they constitute a considerable part of Kerri’s work, none of them are to be found online. So it came to a great surprise when a private collector contacted me and subsequently sent me scans of some of Kerri’s original adult comic strips he owns along with some information on them.

The two black and white pages of adult comics in this entry were drawn by Kerri for the comic strip series “House of Pleasure” that was published by Adam Magazine until 1988. The stories were written by Don Glut, writer of Captain America, Vampirella and many more but also the novelization of Stars Wars’s The Empire Strikes Back and screenwriter for Spiderman, Transformers, and X-Men among others. Glut modeled the story’s main protagonist, Fanta, after Vampirella and Betty Page. Apparently these black and white strips were never printed (probably the publisher didn’t like her style). But her color gag cartoon (underneath) made it into Adam Magazine in October 1981 or 1982. If apparently, as the collector told me, all of these illustrations are rather tame by today’s standards, they were considered very naughty when Kerri executed them. 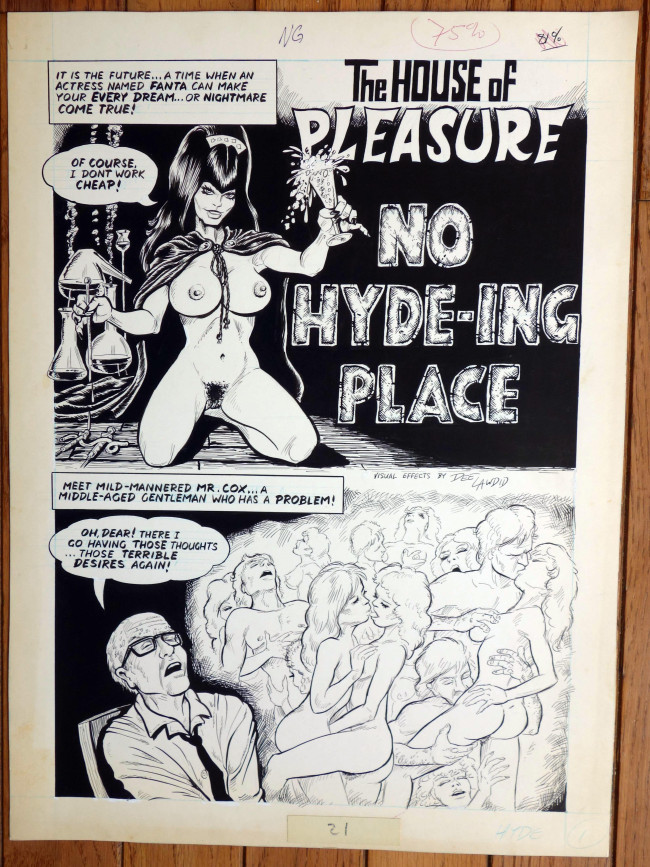 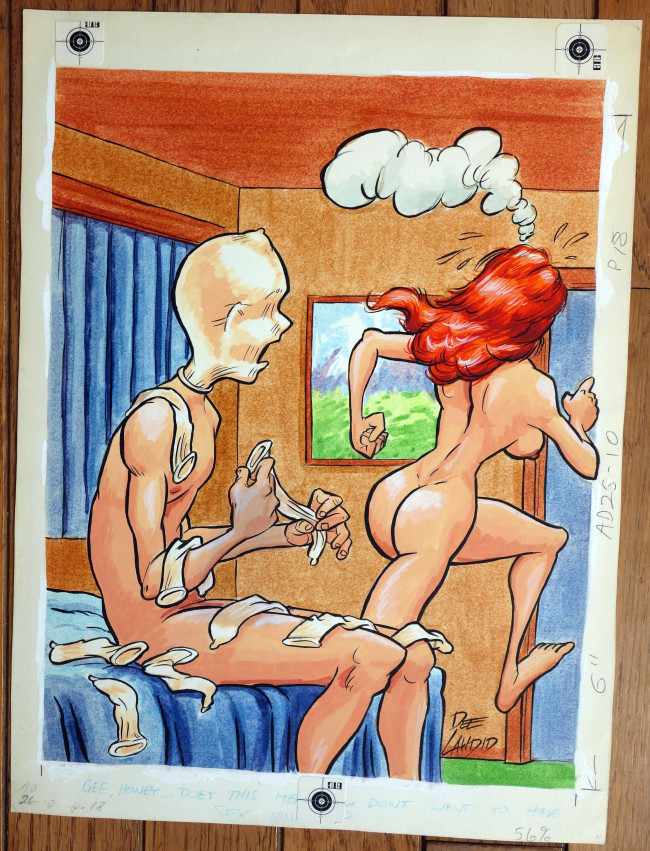 These illustrations are quite interesting (apart the fact that they are woman-made) because they also shed a light on hardcore layout’s motifs. Taking part in crafting the founding blocks of hardcore design, Kerri did not draw “sex sells” type of illustrations in her work for hardcore bands even if she was more than apt to do so and more so than any of her contemporaries. This no-sex-sells-imagery rule is still largely fundamental for most hardcore layout (even if there have always been some exceptions and they increase since some years).

© All images are copyrighted protected by a Private collection in Virginia