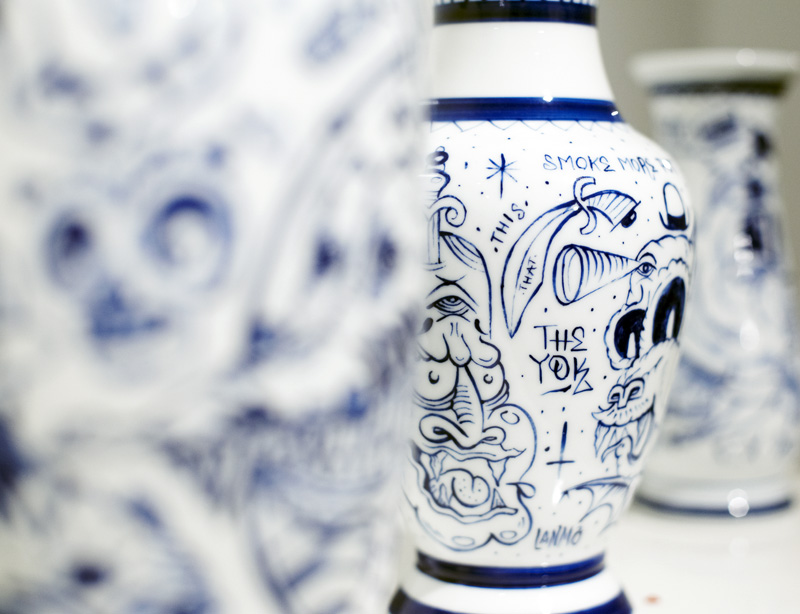 Popculturalize your kitchen with The Yok and Sheryo 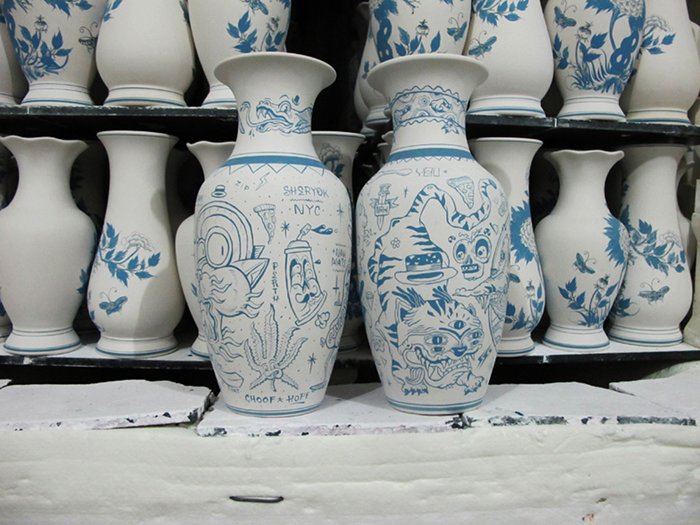 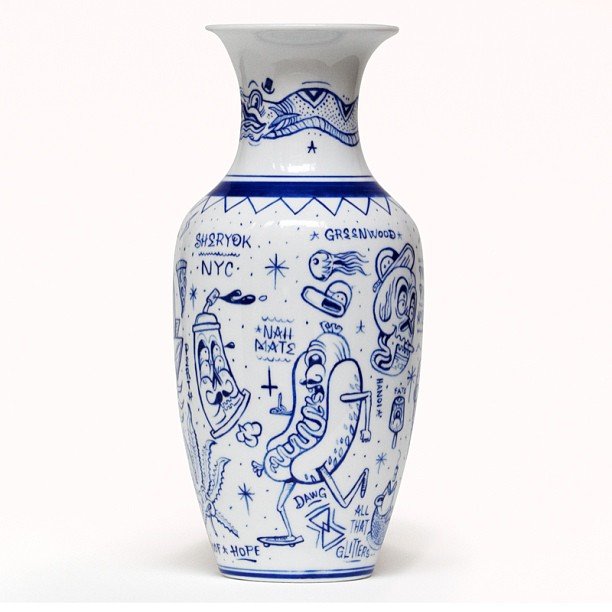 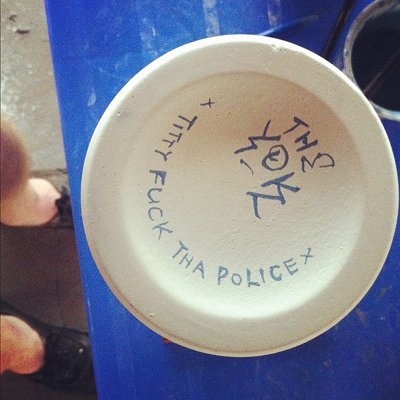 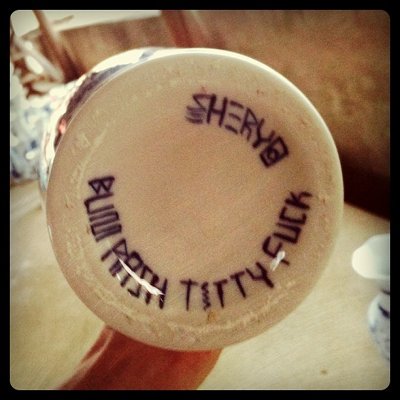 “Our stories” is the leading theme of these vases and plates done by Brooklyn-based duo The Yok and Sheryo. Snakes and skulls, illuminati references, weed leafs and inscriptions like “prison rape” decorate them. A NWA quote can be found underneath a vase and Sheryo wrote “weird names” under the plates like “drain the virgin,” as both of the artists explain during a studio visit.
All these pieces were done in Bat Trang, a Vietnamese pottery village. Like 3ttman did in 2011, The Yok and Sheryo went there a year later and painted all those “references to spray painting, hanging out in Brooklyn, getting your black wheel stolen” using traditional techniques, forms and brushes. The results were presented at the exhibition “Pipe Dreams” at New York’s Krause Gallery in May 2013.
At $400 a piece for the plates, these seem to be rather collector pieces than objects for everyday use. 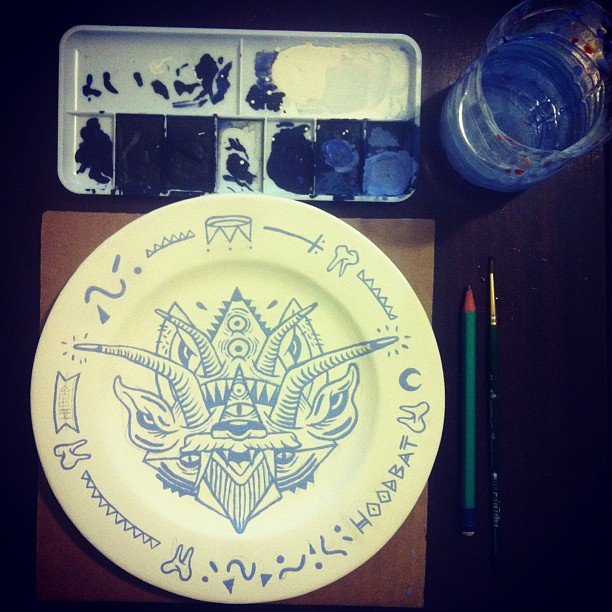 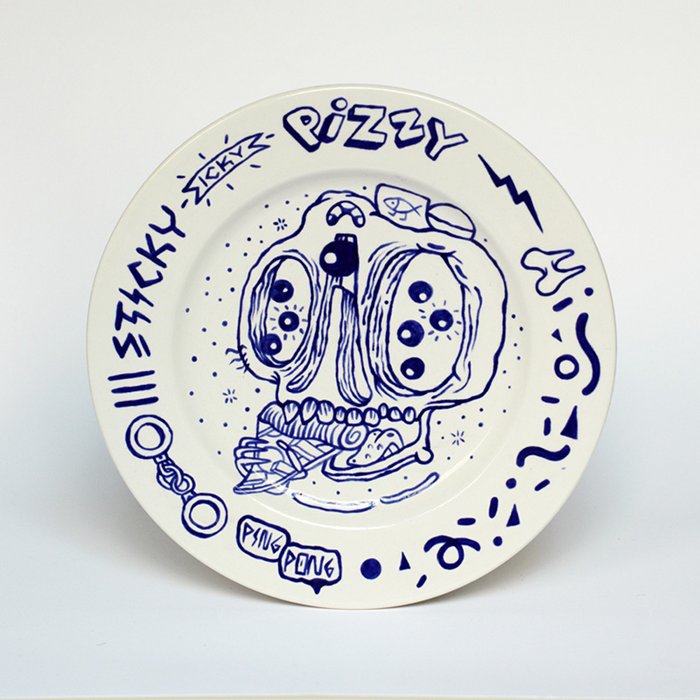 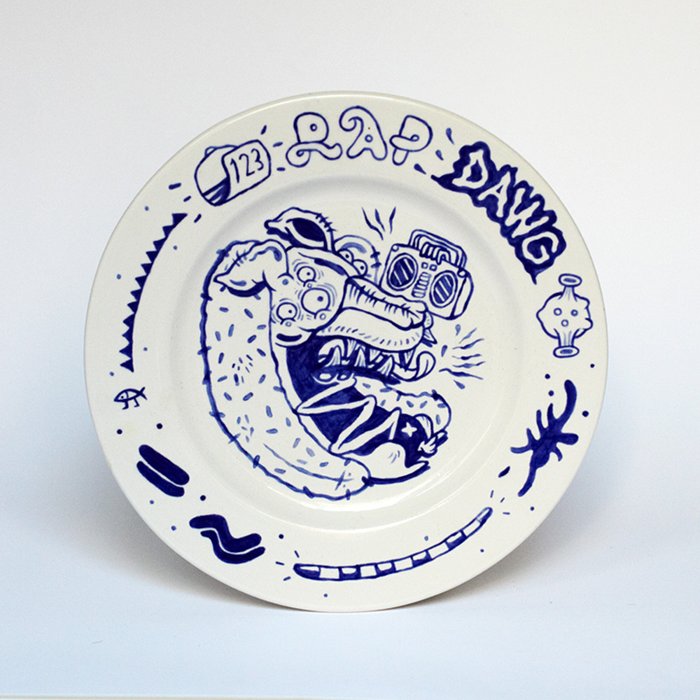 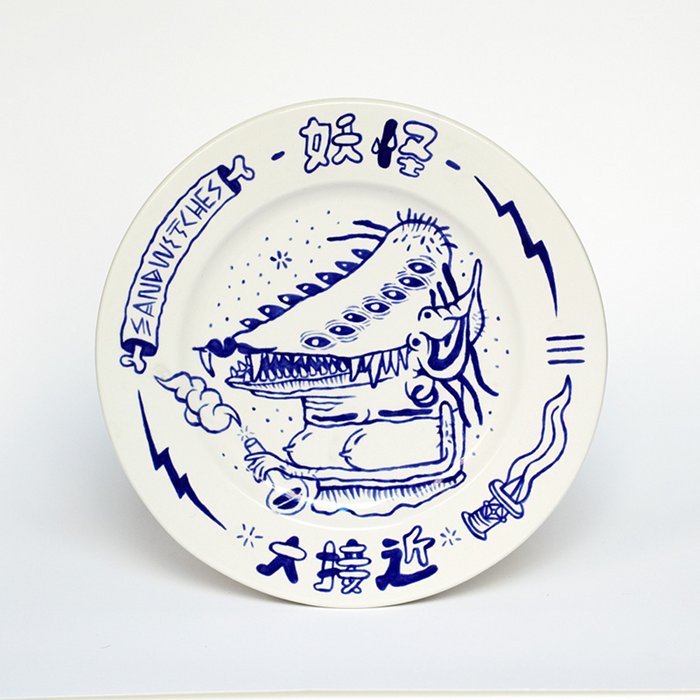