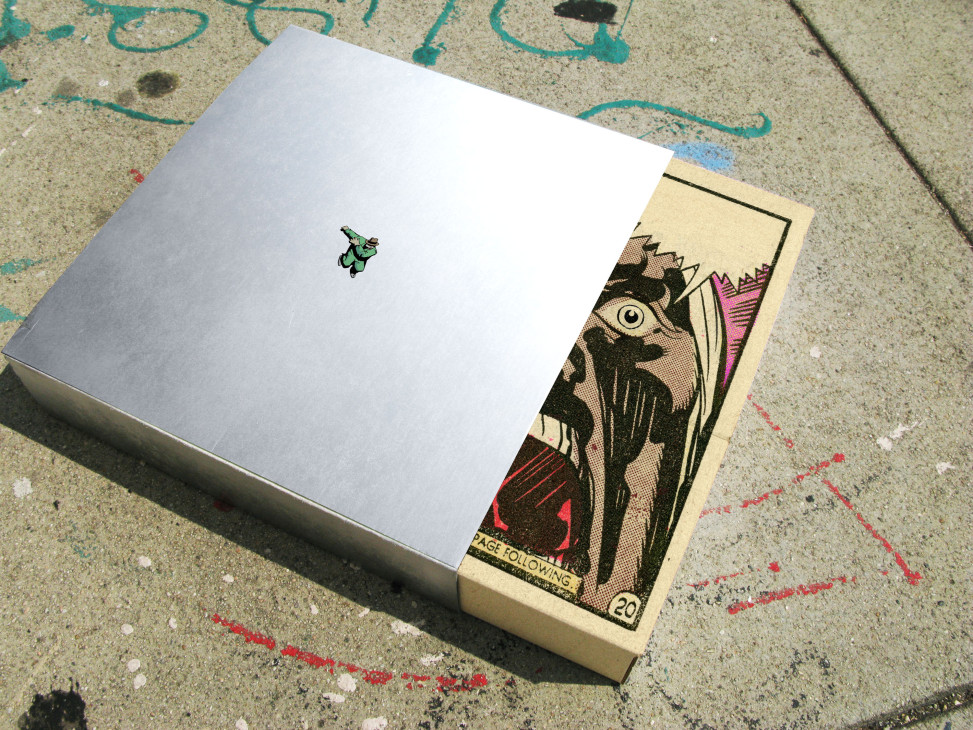 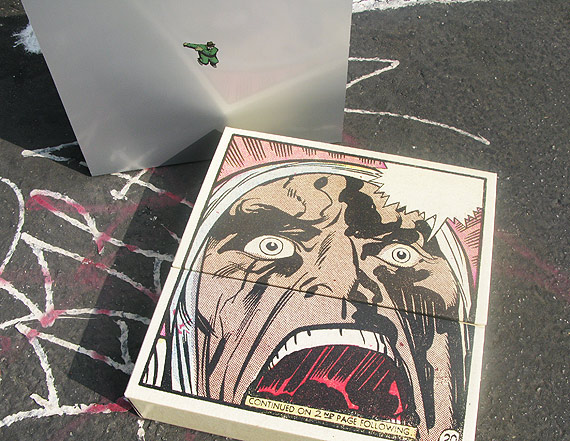 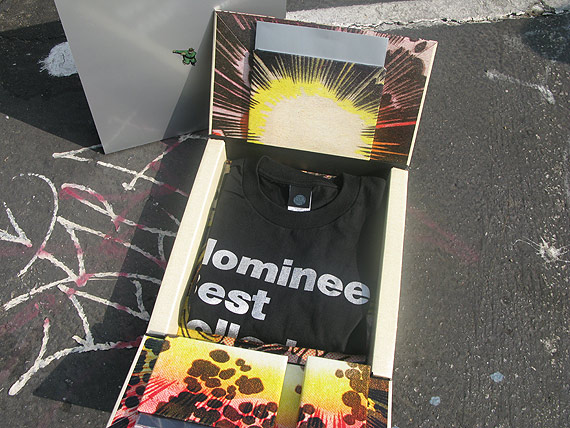 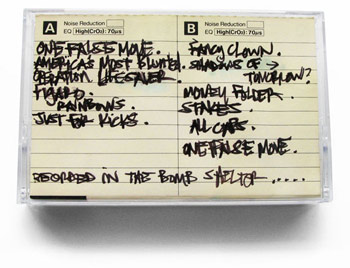 The demo tape is not the only thing which came along with this package of the 2008 “reworking” of Madvillain’s debut album by Stones Throw. It contained a CD, 7″, t-shirt and a comic book. The design was done by Stones Throw’s art director Jeff Jank.
Seize of the box is 12″x13″x3″.

Images from The Stones Throw