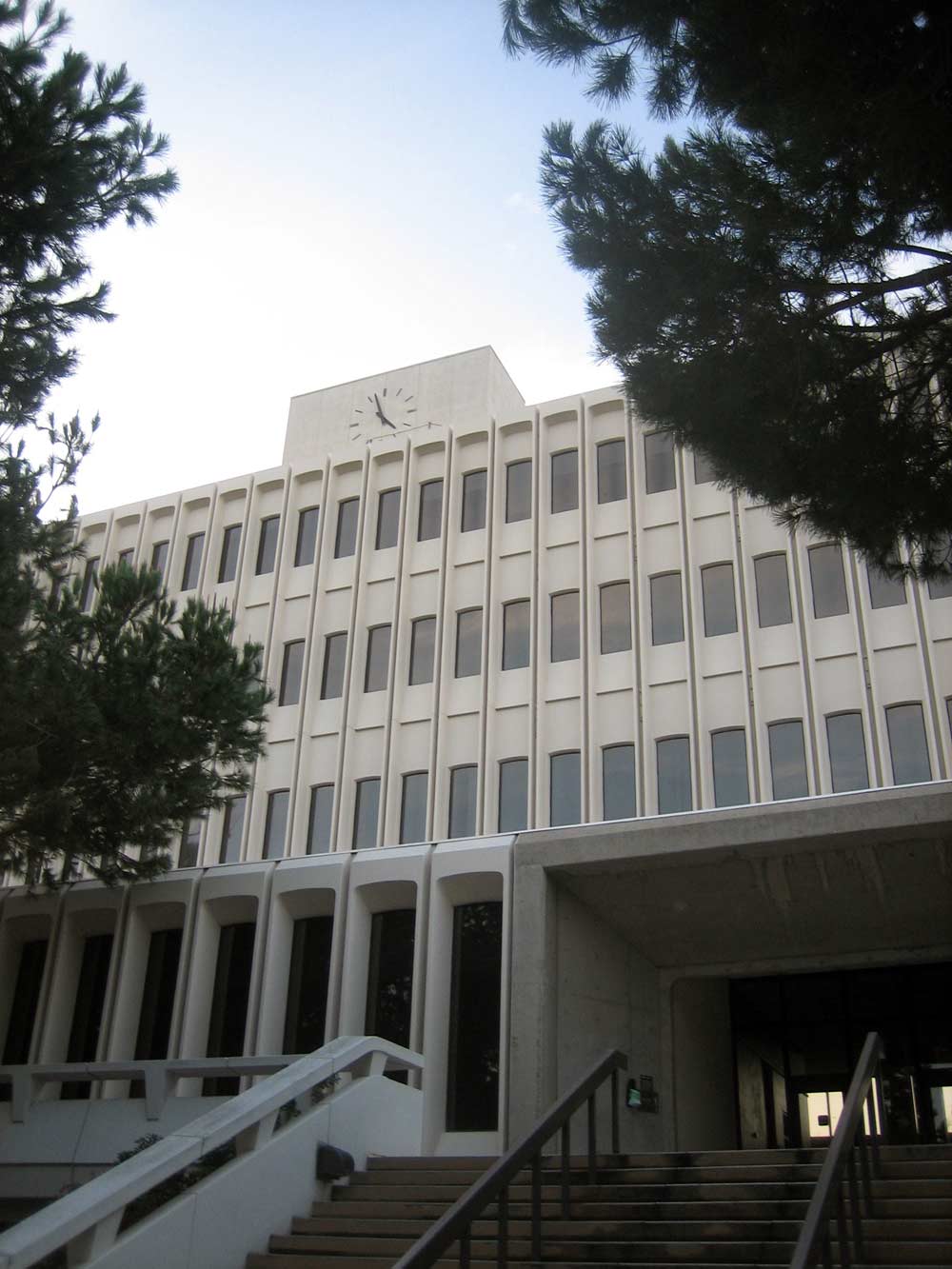 “Massive,” “imposing,” “fortresslike,” “bunker-like” this is how these kind of buildings like the one above on the UC Irvine campus are very often described. This is also what intrigues me (and others) about them.
Made out of repeated modular concrete elements that often keep their rough unfinished surfaces, these buildings are classed under the label “Brutalism” – an architectural style that was a trend from the 1950s to the mid-1970s mainly in Britain, France, Germany, North America, Japan, and Australia.

There are quite a lot of webpages out there that feature these sort of buildings. I liked the fuckyeahbrtualism tumblr a lot (and all the photos underneath are taken from there) as the often grainy images they put up accentuate the special character of this architectural school. 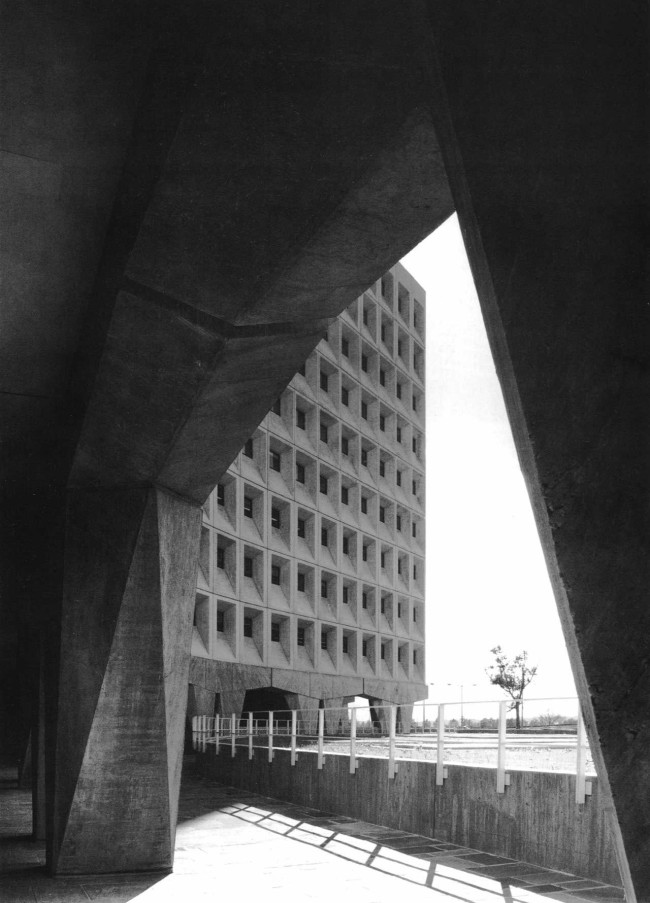 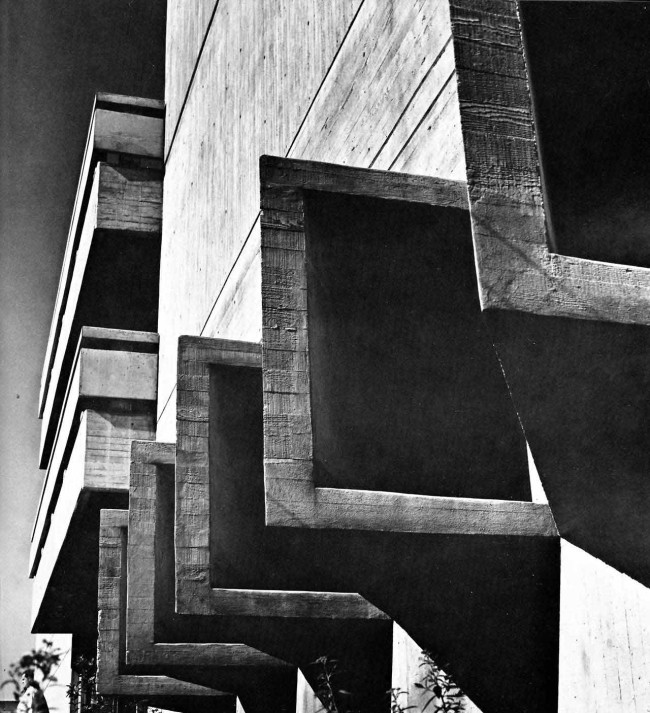 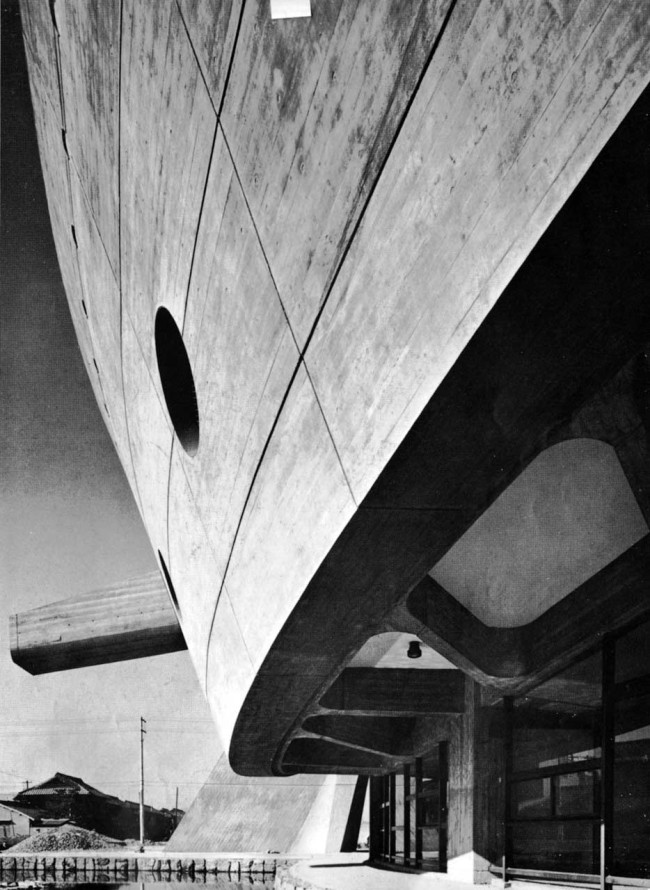 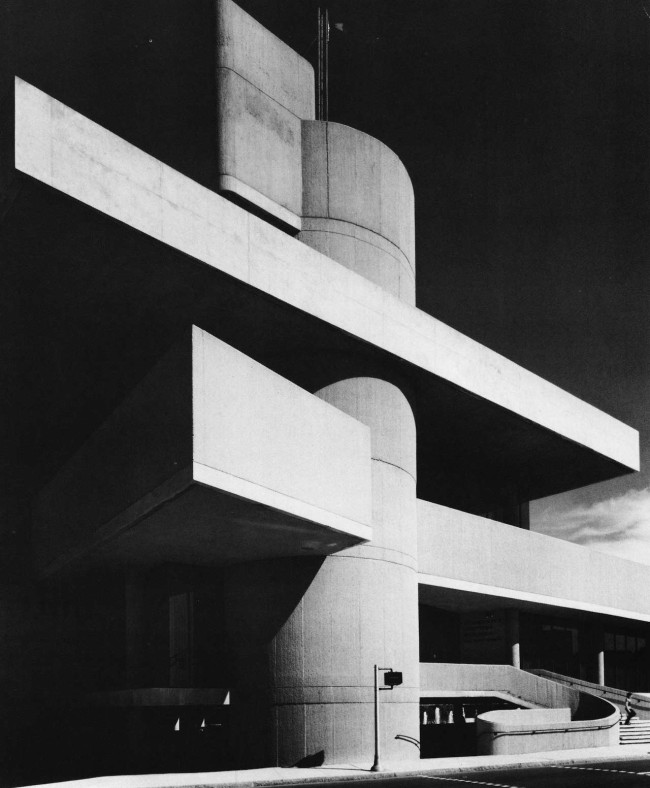 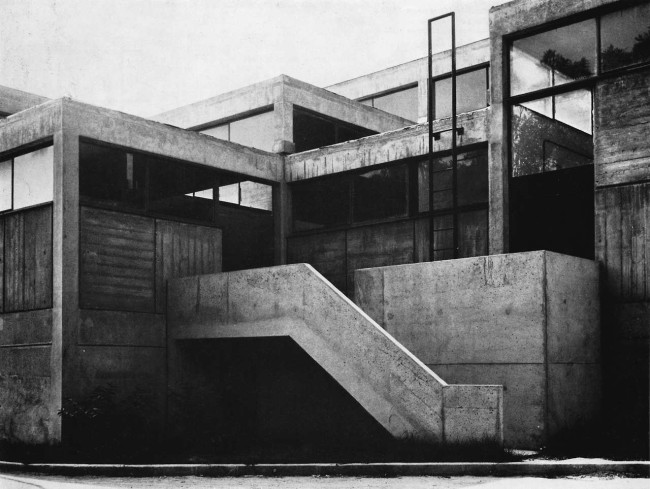