the code of the hobos 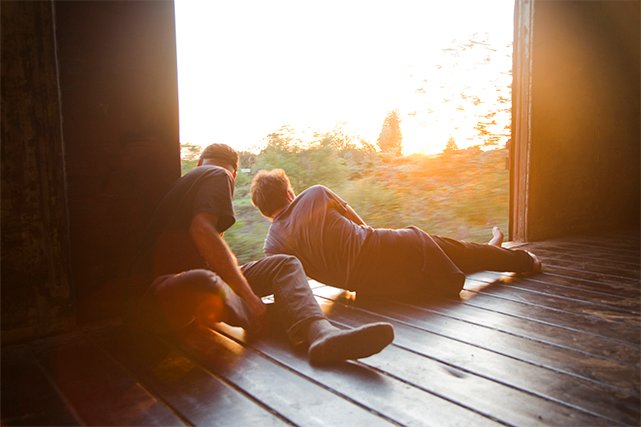 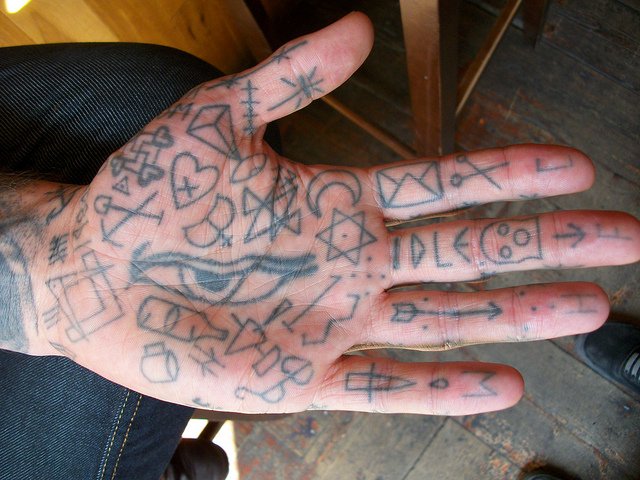 Adam Sage’s hand looks like a spot the difference image for hobo codes to me even if none of these symbols seem hobo related or inspired by them.

Hobos were American migratory workers during the end of the 19th century until World War II who created their own system of information for their trips. It can be easily compared to that in airports or the American DOT pictograms for travelers except it was adopted to their special way of transportation, which was illegally hopping freight trains.

It consisted out of a bit less than 100 pictograms and symbols, which where handwritten in coal or chalk on fences, sidewalks, buildings, bridges or the railroad line to convey information to fellow hobos. They showed where to get a train, money, food or work, warned against the police, barking dogs or other dangers and gave hints for shelter or families who might lend a helping hand. Part of this system was also that next to “fixed” signs there was also a certain liberty to others. “Sky is the limit” was thus either signaled like “//” or “” or the sign for money was 2 or 5 circles.
Hobos still roam the railroads and newer hobo signs also emerged according to cockeyed.com with some of them getting adapted to the needs of “modern hobos”. They stand for example for “no-fee ATM” or “open wireless network” but are still drawn with chalk on concrete. 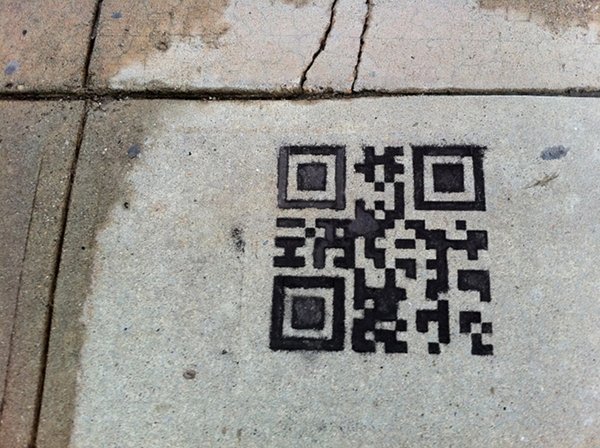 Inspired by these old and adapted codes, Golan Levin and Asa Foster created a 21st century system to convey information for “digital nomads”, which are a ready-made series of 100 stencil designs based on the QR code. These codes give homage to their inspiration in keeping some of original messages alive like “free doctor”, “unsafe area” or “cops active” but include also contemporary information taken from the updated code like “hidden cameras”, “vegans beware” or “great dumpster”.

More
Northbankfred’s site – very insightful site with a lot of information, articles and photos of hobos compiled with passion.

Images
(1) Photo taken from a series by Jon Delouz about people hopping freight trains nowadays. Check jondelouz.com.
(2) Tattoo by Adam Sage on his own palm from flickr.com/photos/liam666/.
(3) Hobo codes compiled by Fran DeLorenzo for his book “American Hoboes. Riders of the Rails”. Check also his site for more information on hobos.
(4) Stenciled “QR Hobo code” from fffff.at/qr-stenciler-and-qr-hobo-codes