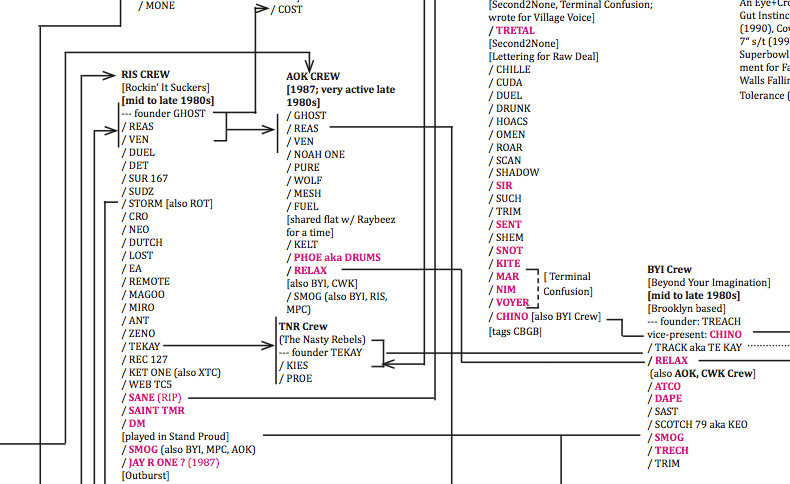 In the end of the 1980s, New York hardcore saw a clear affluence of graffiti on covers, show flyers and band stickers. Who did these?

This seemingly easy question kept me busy for more than half a year. That was because there is extremely little documented on this. Freddy Alva’s postings on graffiti [here and here] and SPAR ONE’s and ERIC’s work over at at149st.com and photos of graffiti pieces on instagram were my main sources to get a first overview.

The difficulties grew when I started to assemble the writers and their respective crews into a network to better understand how everyone was related. To have a broader idea, I also included writers that did not do graffiti pieces for flyers or record covers but simply went out there and painted trains and tunnels. Fortunately, Freddy Alva and especially SMOG helped me out twisting and tweaking the network with precious first-hand information. The network right here is the result of all of this: 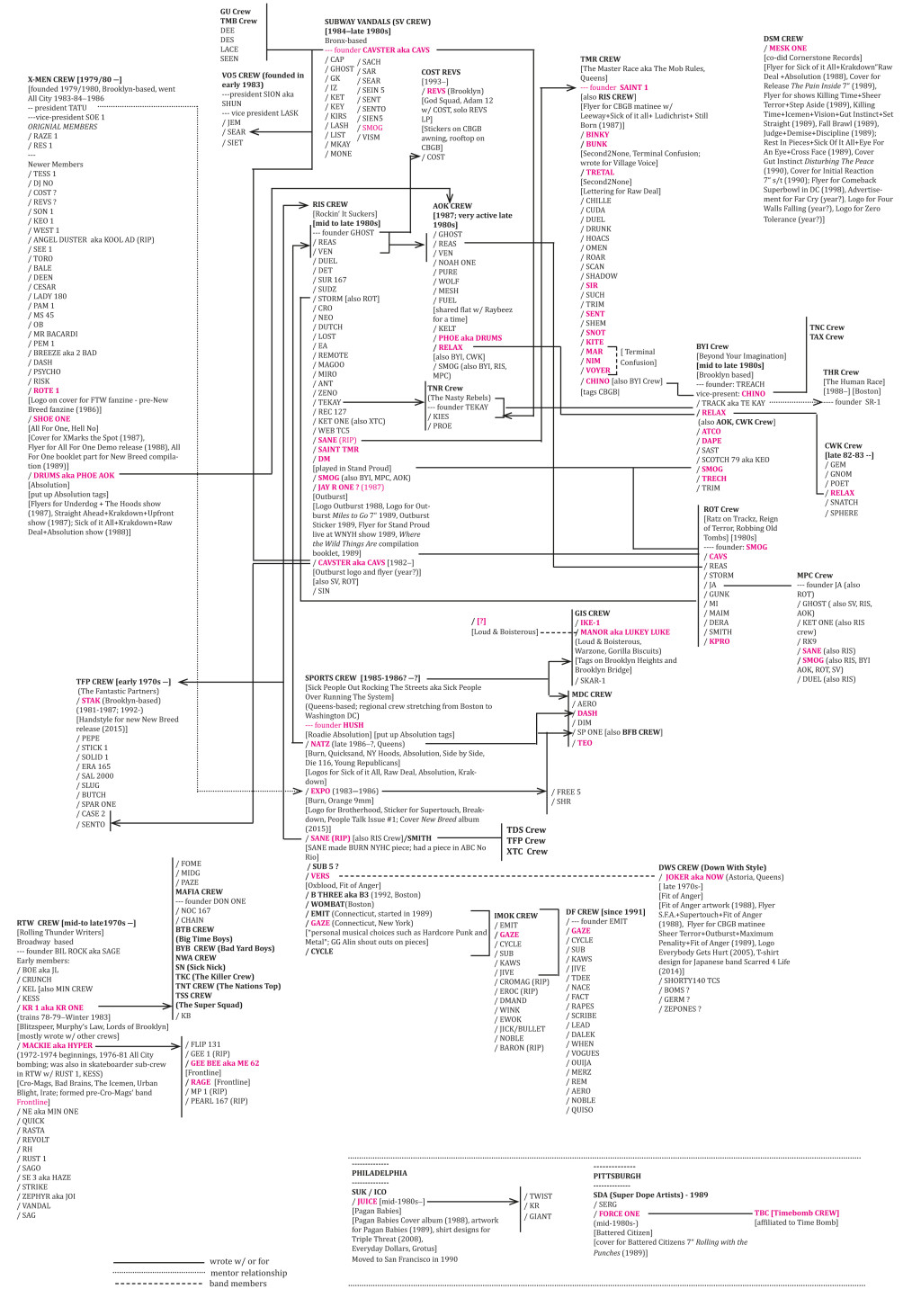 Even if this graffiti tree will never closely mirror what happened at that moment in time, I still think that it gives at least a tiny idea of a part of the graffiti network in the mid-to end 1980s in NYC. It breaks down that very notorious writers and crews were also tied into the hardcore network (playing in bands, going to shows, sharing flats or being friends with people in hardcore or, well, doing artwork for hardcore bands). But even if the covers, flyers and stickers are testimonials for these connections, graffiti and hardcore were rather “parallel lines” according to SMOG. “So Graf and HC may be cool now, then it was like if you played football on Saturdays and Sunday’s were Matinees”, he told me and also: “People in the scene could care less!”.

But would I try to draw a tree again? I don’t think so. I now think that fixing people into a linear and stable network is an impossible task. Take the affiliation to multiple crews. Did the person write for all the crews he (I didn’t stumble over a woman writer also into hardcore) mentions during all his writing career? Were there more and less important affiliations? Couldn’t it be that an affiliation stated by the writer is contested by others? Also the mobility of people between crews, the mutations of crews over time, name changes of writers, and also the possible inner-crew disputes of who is part and who is not is impossible to depict — at least in the sort of network I drew that is very harmonious in its outline. Of course, these difficulties multiply by the people and crews assembled in the network.