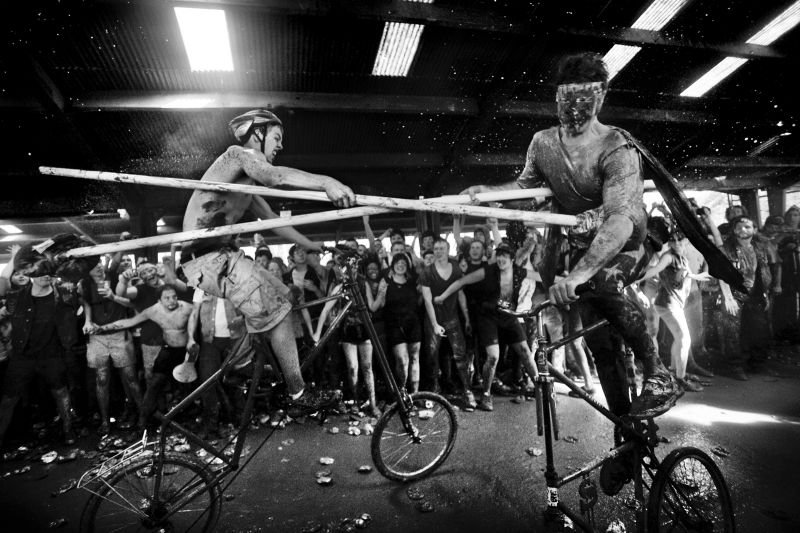 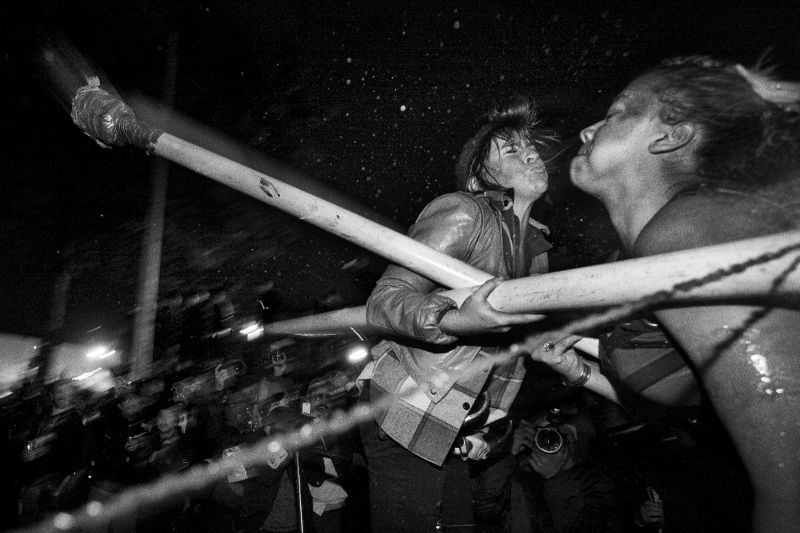 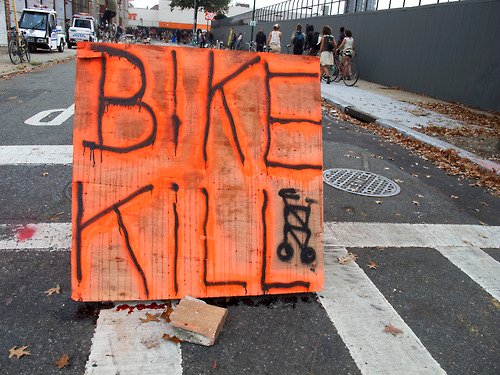 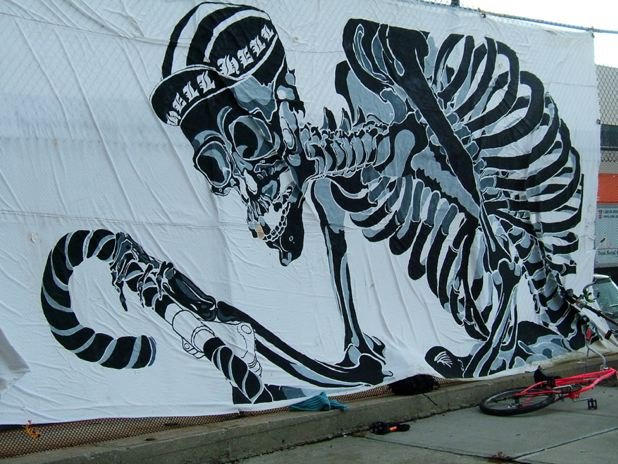 End of October every year people will gather with their DIY choppers and tall bikes at Bike Kill in NYC – organized since 2003 by the NYC chapter of Black Label that is considered the first outlaw bike club. The flyers and all other designs around this event display some sort of scavenger typography – a mixed bag of different inspirations or allusions from outlaw motorcycle gangs, hardcore/punk flyers, trash typography, heavy metal patches to the Earth First! logo. Nice. 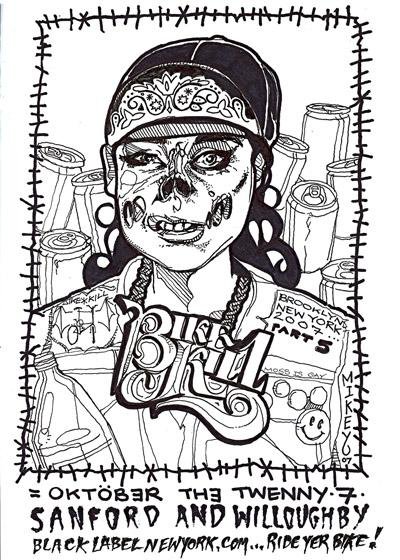 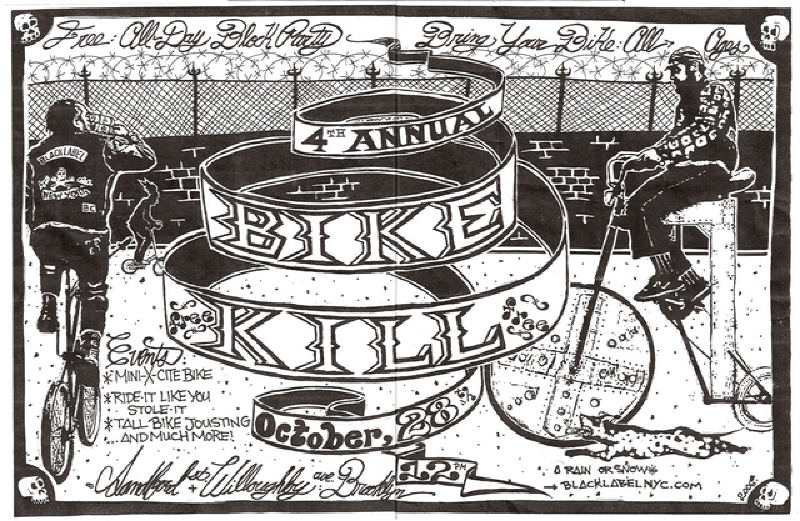 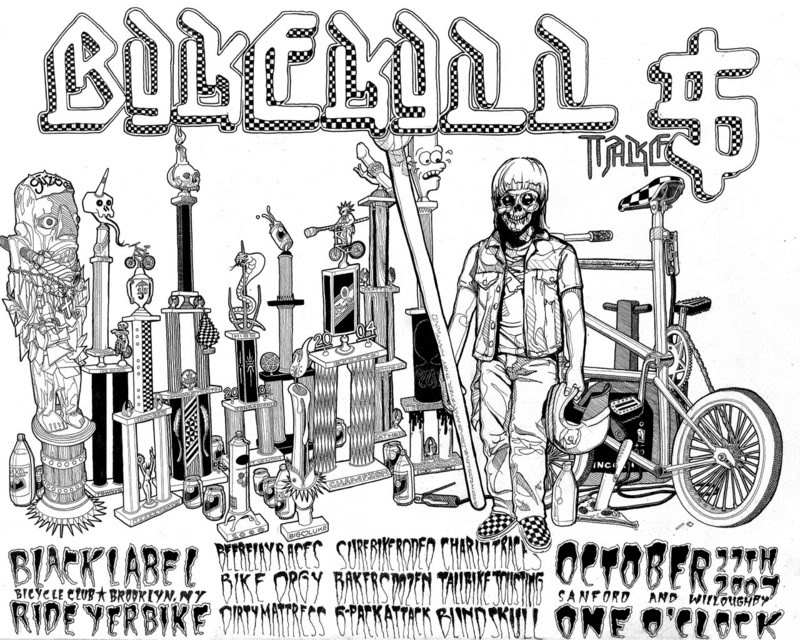 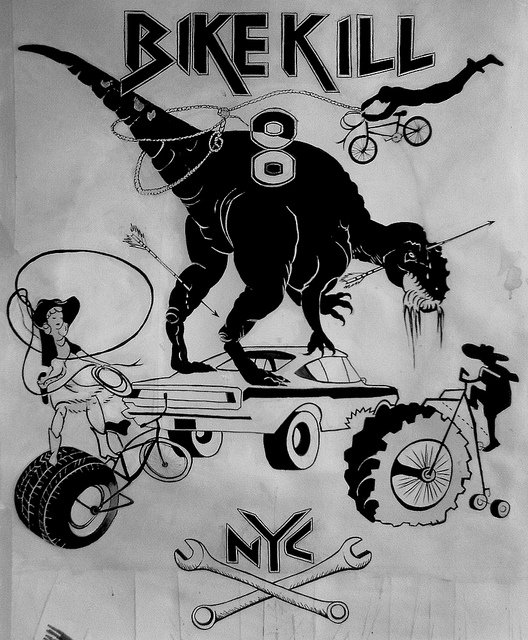 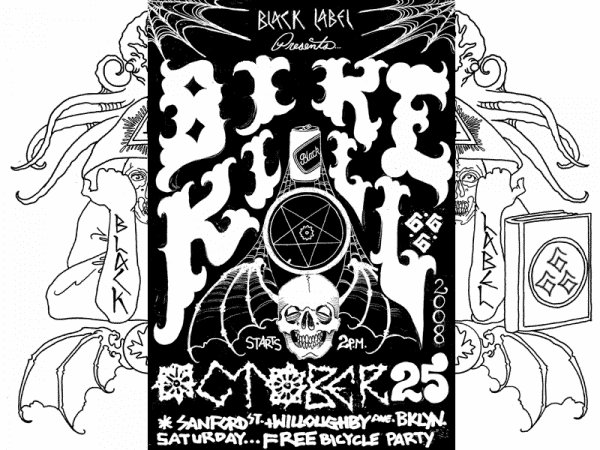 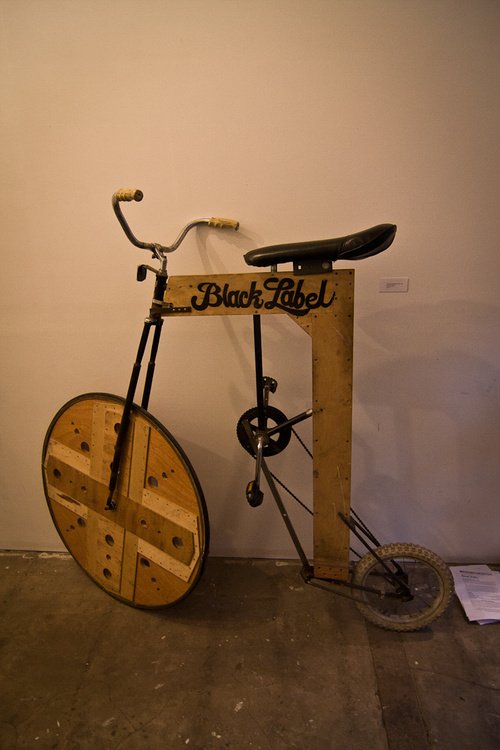 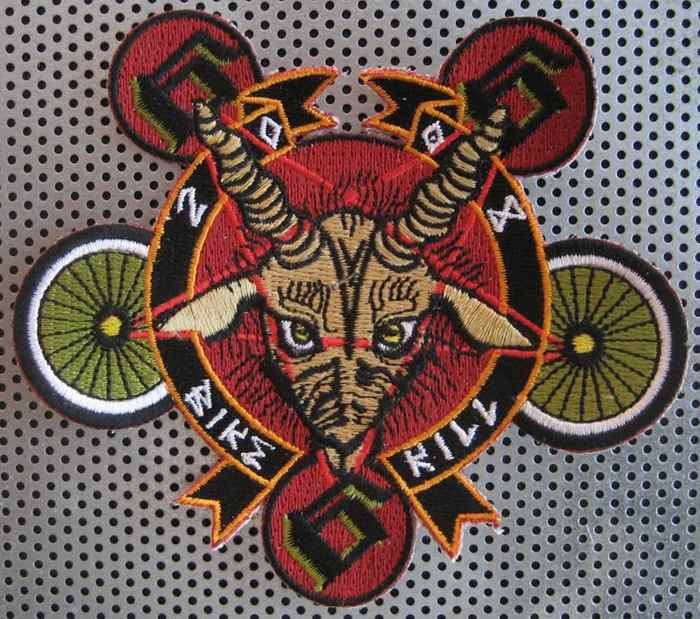